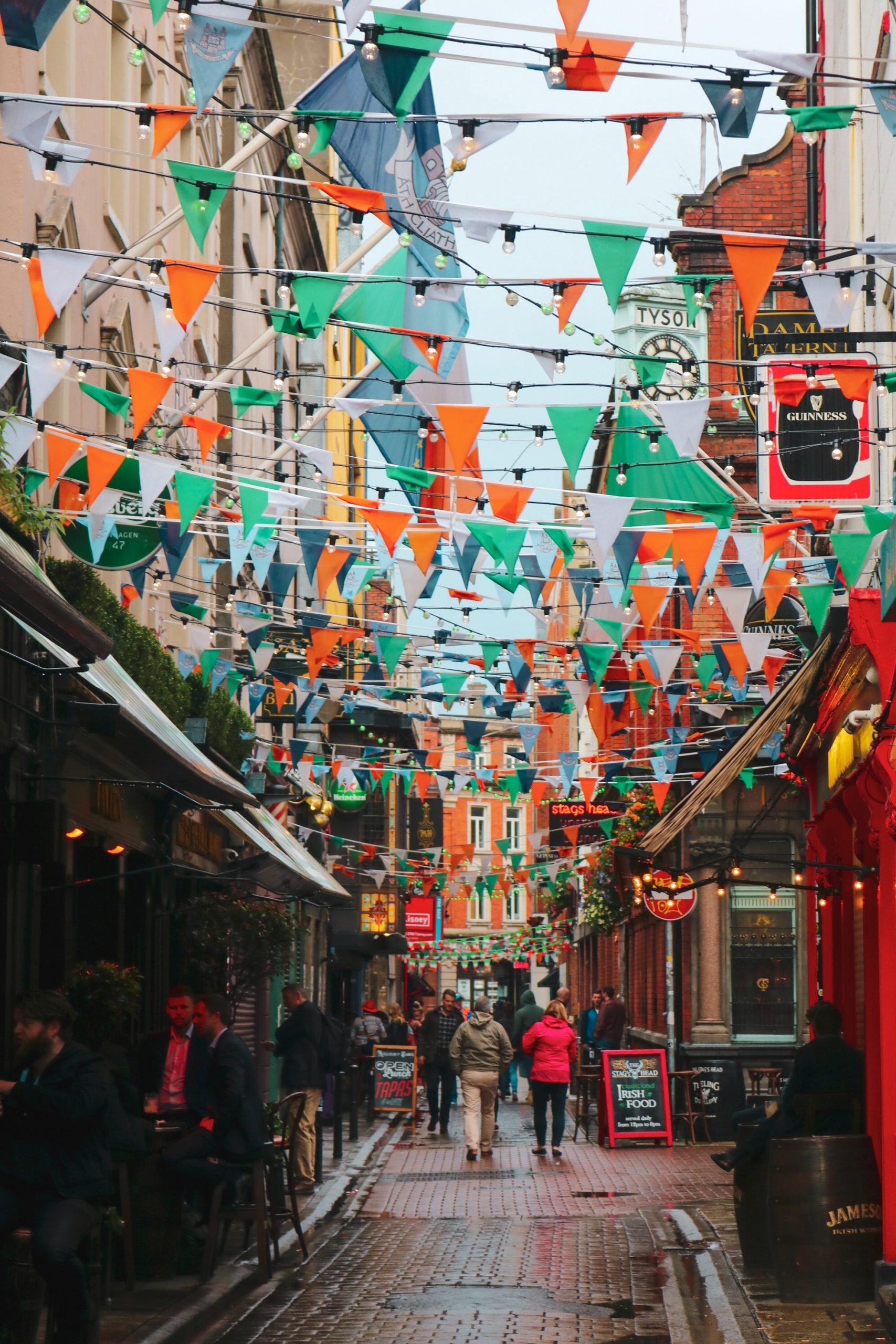 Yesterday 17th March, was Saint Patrick’s Day. He Is the Saint Patron of Ireland.

Saint Patrick was born in Roman Britain in the late 4th century. When he was 16, he was kidnapped and taken to Ireland as a slave. He managed to escape from his captors but returned to Ireland in about 432 to convert the Irish to Christianity. All through his life he established monasteries, churches, and schools on Irish territory until he died on March 17, 461.

Many legends grew up around Patrick, for example, that he drove the snakes out of Ireland or that he used the shamrock to explain the Holy Trinity to Irish pagans. Ireland came to celebrate his day with religious services and feasts.

It was emigrants, particularly to the United States, who transformed St. Patrick’s Day into a holiday and celebration. It is a public holiday day in the Republic of Ireland, Northern Ireland,  the Canadian province of Newfoundland and Labrador, the British Overseas Territory of Montserrat and some other cities with large numbers of Irish immigrants. These places often stage extensive celebrations, which sometimes include elaborate parades. 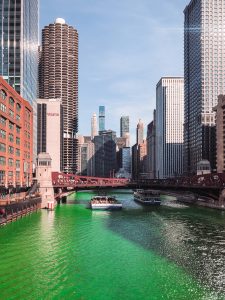 The most famous parades are Boston, Chicago and New York City.  Since 1962 Chicago has coloured its river green to mark the holiday. Although blue was the colour traditionally associated with St. Patrick, green is now commonly connected with the day. Irish and non-Irish people alike commonly participate in the “wearing of the green” or they wear a shamrock, the Irish national plant, in the lapel.   Traditional dishes are served, the most popular ones are corned beef and cabbage served with ‘stout’ beers such as Guinness or Murphy’s.

How was St Patrick’s Day celebrated in the past in the Republic of Ireland and in Northern Ireland? How is it now?

Saint Patrick’s feast day, as a kind of national day, was already being celebrated by the Irish in Europe in the ninth 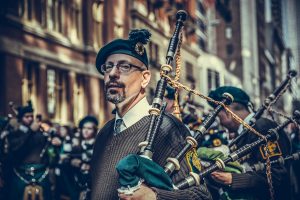 and tenth centuries. In later times, Patrick became more and more widely seen as the patron of Ireland.

The first St Patrick’s Day parade in Ireland was held in Waterford in 1903 and the Gaelic League decided to have a procession on Sunday 15 March. The procession comprised the Mayor and members of Waterford Corporation, the Trades Hall, the various trade unions and bands.

This year due to the severity of the COVID-19 pandemic, the St Patrick’s Day Parade has been cancelled, however some virtual events around Ireland will be broadcasted on TV.

In the mid-1990s the government of the Republic of Ireland began a campaign to use St Patrick’s Day to showcase Ireland and its culture. They set up a group called St Patrick’s Festival.

The first St Patrick’s Festival was held on 17 March 1996. A year later it became a three-day event and it increased its length until it reached 5 days in 2006. In 2009 the festival saw almost 1 million visitors, who took part in 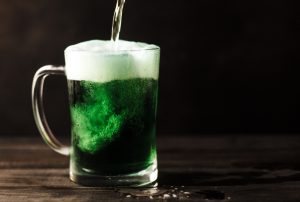 As well as Dublin, many other cities, towns, and villages in Ireland hold their own parades and festivals, including Cork, Belfast, Derry, Galway, Kilkenny, Limerick, and Waterford.

The biggest celebrations outside the cities are in Downpatrick, County Down, where Saint Patrick is said to be buried. The shortest St. Patrick’s Day parade in the world formerly took place in Dripsey, County Cork. The parade measured just 23.4 metres and travelled between the village’s two pubs. The annual event began in 1999 but ceased after five years when one of the two pubs closed.

Easter Traditions in the UK